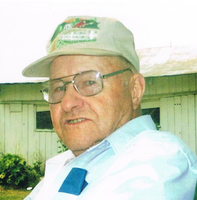 Vernon Center-John W. (Jack) Fleming, of Arquint Road died Wednesday March 24, 2021 at the Siegenthaler Center of New Hartford. He was born on November 18, 1928 in Utica, New York the son of the late Walter J. Fleming and Ethel (Burke) Fleming. He was a graduate of Madison Central School. He was a partner with his two brothers of Fleming Bros. Farm for over fifty years. He later worked at Burton's Livstock and Madison-Oneida BOCES for a short time before retiring. On September 26, 1959 he married Patricia M. Cleary in St. Bernard's Church, Waterville. In his spare time Jack loved to go to his grandchildren's sporting events in addition to VVS and Madison basketball games. Upon retirement, he started going to "the diner" in the morning. He could find someone to talk to no matter where he went. Surviving are his two sons; John (Kim) Fleming of Lansing and Michael (Kristin) Fleming of Seneca Falls, two daughters, Mary (Paul) Jeffers, and Ann-Marie (Jeff) De Barr of Sherrill, twelve grandchildren, one great-granddaughter, sisters, Mary Novak of New Hartford, Margaret Sigsbee of Oriskany Falls, Elizabeth (Allen) Crossway of Waterville and Jean (Wayne) Russell of Vernon Center, sister-in-law Patricia Fleming of Vernon Center, and brother-in-law Martin Cleary of Waterville and several nieces and nephews. He was predeceased by his wife Patricia in July of 2020, his brothers William and Joseph: brothers-in-law, Marvin Novak and Donald Sigsbee and sisters-in-law Patricia A. Fleming and Mary Cleary. Friends called on Friday March 26, 2021 from 4:30 to 6:30 p.m. at the Malecki Funeral Home Inc., 23 Front Street, Vernon, NY. Due to the COVID -19 restrictions mask and social distancing is required. A Mass of Christian Burial was celebrated on Saturday, March 27, 2021 at 9:30 a.m. at St. Joseph's Church, 121 St. Joseph's Place, Oneida, NY. Spring burial will be in St. Bernard's Cemetery, Waterville, New York. In lieu of flowers donations in memory of John may be sent to Hospice and Palliative Care, 4277 Middle Settlement Road, New Hartford, NY, 13413.