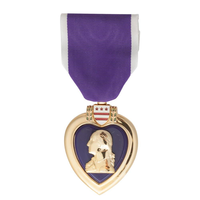 Durhamville-William J. "Bill" Anderson age 73, of Irish Ridge Road passed away peacefully Monday morning July 5, 2021 in the Faxton-St. Luke’s Healthcare Center after a brief illness. He was born on March 18, 1948 in Fife, Scotland a son of the late Fredrick and Jessie (Morrison) Anderson and was a graduate of the Kenmore Schools. William proudly served his country from 1966-1969 with the United States Army where he received three Purple Hearts, Silver Medal Star and Bronze Star for his heroic duties while serving in Vietnam. After returning home from the war William attended Buffalo State University where he received his engineering degree. William was presently employed as a meat cutter at Chanatry’s Market in New Hartford. He was a life member of the Oneida American Legion Post 169. Surviving are his three children, Bethany Anderson, Scott Anderson and Melissa Mitchell, three siblings, Frederick Anderson of Buffalo, Euphemia Hopkins-Moncks Corner. SC, and Alex Anderson, PA. Also surviving are several grandchildren and nieces and nephews. There will be no calling hours or funeral services. A graveside service and committal will be conducted in Arlington National Cemetery with military honors at a later date. In memory of "Bill' please send donations to the Oneida American Legion Post 169, 398 N. Main Street, Oneida, NY, 13421 or the Military Purple Heart Organization, https://www.purpleheart.org/Donate Arrangements are with the Malecki Funeral Home of Vernon. Online condolences may be sent to maleckifuneralhome.com