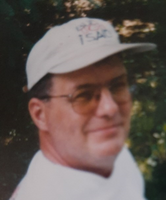 New York Mills-David S. Williams, age 67, of Main Street passed away early Tuesday morning October 26, 2021 at the Abraham House of Rome. He was born on November 26, 1953 in New Berlin New York a son of David S. and Isabell Williams and was a graduate of the Ilion School System. On August 31, 1997 in Frankfort, New York, David and Elaine N. Welch were united in marriage and have shared the past twenty four years together. Prior to his retirement David was a machine operator with Remington Arms with over thirty-two years of service. In his spare time he enjoyed hunting, fishing, golf and bowling. Surviving are his wife Elaine N. Williams, his children and their spouses, Carrie (Jim) Booth, Ryan Williams, stepchildren Doreen Saunders and Coleen Herringshaw, one sister Mary (Jesse) Schmidt, brothers Barry (Diane) Williams and Jay (Carol) Williams, his grandchildren, Emily Williams, Matthew Williams,Donnie Herringshaw, Jordan Herringshaw, Laura Lamphere, Michael Felski, David Felski, Jesse Saunders, Megan Saunders, Autumn Saunders, Stone Phillips and several nieces and nephews. In keeping with David's wishes there will be no calling hours or services. In memory of David please send donations to the Abraham House, 417 N. James Street, Rome, NY, 13440. Online condolences may be sent to maleckifuneralhome.com »(Do not delete this line. It does not print. Text that is to appear on web must be entered before this line)