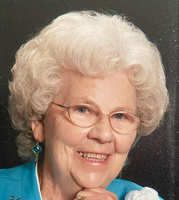 Verona-Irene A. (Robinson) Stewart Sitts, age 96, of Station Street passed away Monday morning November 15, 2021, in the comfort of her home with her loving daughter at her side. She was born on July 3, 1925 in Exeter, New York a daughter of the late Gustave and Mabel (Firman) Robinson. She lived in Richfield Spring and Cold Brook, NY. She graduated from the Poland School in 1942 and Faxton School of Nursing in 1946. She was married to Jack R. Stewart in 1947, a marriage that lasted until his death in 1969. There were six children. Jack (June) Stewart of Colorado, James Stewart of Durhamville, Jeffrey (Robin) Stewart of Woodbine, GA Juliane (Edward) Johnson of Verona, Jerry Stewart of Verona and Jaye Stewart of Verona. Also surviving are her grandchildren, Jennifer, Monica, Alyssa and Lauren and Jordan Johnson, greatgrandchildren, Melissa, Emily, James and Benjamin. Later Irene married William D. Sitts Jr.in 1979 who later died in 2004. Irene worked for Oneida City Hospital and retired from Oneida Limited in 1984 as an industrial Registered Nurse. She enjoyed the country and horses which she had many. Irene was predeceased by two brothers Lee and Kenny Robinson both of Cold Brook. Private visitation will be for the family. Graveside services will be held on Thursday, November 18, 2021 in Pine Grove Cemetery, 8622 NY 28, Poland, N.Y. In Irene's memory please send donations to the Macular Degeneration Foundation, PO Box 515, Northampton, MA, 01061-0515. Arrangements are with the Malecki Funeral Home. Online condolences may be sent to maleckifuneralhome.com