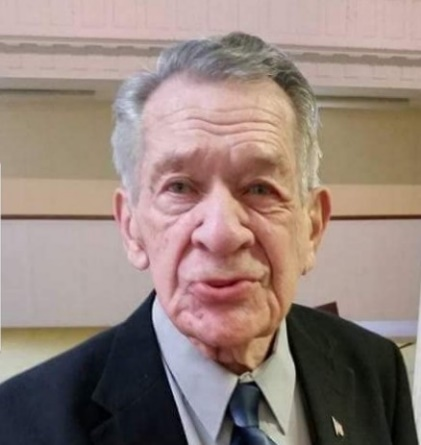 Carl was born in Upstate New York to Allen and Ida Perkins on his parents wedding anniversary. He went to work for his father at the early age of 9 for five cents per hour at the family owned company. Trying his hand in many various fields he later entered the Air Force, and was stationed at Griffiss Air Force Base in Rome New York. There He attended a local Baptist church where he met Elizabeth Black, daughter of Veba and Marion Black. He married the love of his life at the same church where he and Betty have been members most of their lives and served in many capacities. His church family was important to him. Carl would sing as Betty played the piano, a duet always.

After a full career of Air Traffic Controlling and training our future controllers for the FAA, he retired, and decided to go on the road with RVICS (Roving Volunteers In Christ’s Service) doing volunteer work across the United States with an RV caravan of volunteers. Working in Christian churches, schools , colleges and campgrounds and Reservations. After coming off the road, Carl started his own contracting business which continued thru the 1990’s, and during that time he became a Town Assessor until he retired, again.

Tearfully we thank God for Heaven’s gain of this amazing spirit; we know he will continue to pass his blessings on to his present and future family members from his new home.

Carl was preceded in death by his parents, his sister Marian, brothers Merlin and Homer and son-in-law Michael Brown. He is survived by his wife of 67 years Elizabeth Perkins, his two daughters Rebecca and Anita (Charles) , 5 grandchildren and 16 great grandchildren. Carl is also survived by his younger brother Ray, many loved nieces and nephews, and numerous friends he has kept in touch with throughout his life.

Calling hours will be held at Vernon Baptist Church on 11 Mill Street Vernon on Saturday October 5th at 10:30 -12:30, with service at 12:30 and a gathering of family and friends immediately following for luncheon.