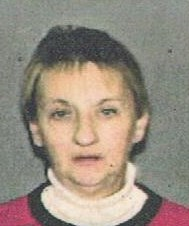 Verona-Emogene C. Corcoran, age 81 of Marion Manor Apartments passed away Wednesday, January 23, 2019 in Upstate Medical Center with her loving family at her side.

She was born on November 27, 1937 in Vernon, New York a daughter of the late John R. and Dora (Burdick) Avery and attended Vernon Schools.

The family will receive family and friends on Sunday, January 27, 2019 from 1:00 to 4:00 p.m. at the American Legion Post 230, 168 E. Seneca Street, Sherrill, New York to celebrate Emogene’s life. Online condolences may be sent to maleckifuneralhome.com

Share Your Memory of
Emogene
Upload Your Memory View All Memories
Be the first to upload a memory!