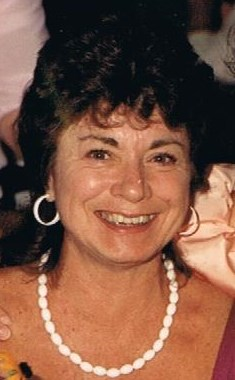 She was born on November 11, 1933 in Oneida, New York, the daughter of the late Powell and Evelyn (Blanchette) Shortell. She was a 1951 graduate of Oneida High School.

Prior to her retirement on December 31, 1991, Sally was employed as a telephone operator with the former New York Telephone Company for 41 years.

In her spare time she enjoyed gardening, going to the movies and casinos, and quality time spent with her family whom she adored. Sally was a faith filled member of St. Joseph’s Church of Oneida.

On August 11, 1956, Sally and Allen "Tommy" Cronk were united in marriage at St. Patrick’s Church. From that marriage the couple had five children, Gary Cronk of Oneida, Laurie (Ed) Sanborn of Munnsville, Steve (Karyn) Cronk of Oneida, David Cronk of Syracuse, and Chrissy (Peter) Palamara of Canastota. Also surviving are thirteen grandchildren and four great-grandchildren, two brothers David (Anne) Shortell of Munnsville, Rod (Kim) Shortell of Kinsale, VA, and her best friend of many years Shirley Sposi from Arizona, as well as her many other dear friends.

In keeping with Sally’s wishes there will be no public calling hours. A Mass of Christian Burial will be celebrated on Thursday July 14, 2022 at 10:00 a.m. at St. Joseph’s Church, 121 St. Joseph’s Place, Oneida, NY, 13421. Burial will follow in St. Helena’s Cemetery, 1776 Middle Road, Oneida, NY. In memory of Sally please send a donation to St. Joseph’s Food Pantry. Arrangements are with the Malecki Funeral Home of Sherrill. Online condolences may be sent to maleckifuneralhome.com

To send flowers to the family or plant a tree in memory of Sally Cronk, please visit Tribute Store
Thursday
14
July