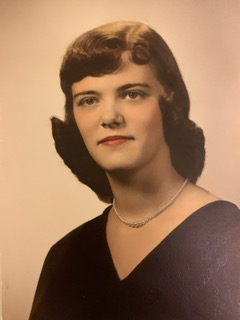 Obituary of Patricia A. Siver

Please share a memory of Patricia to include in a keepsake book for family and friends.
View Tribute Book

She was born on December 5, 1939 in Oneida, New York a daughter of the late Edward and Stella (Henderson) Dowling and was a graduate Oneida High School and later went on to get her beautician’s license.

Pat was married to George J. Mautner and from that marriage the couple had three beautiful children. In February of 1989 Pat and Robert J.Siver were united in marriage and shared that twenty-two year vow until Bob’s death on October 21, 2011.

In her younger years Pat enjoyed going to craft shows and collecting tea cups and angels and took ceramic classes. She was a lifelong hairdresser and enjoyed making her clients look their best and enjoyed every visit with each one while in her beautician’s chair. First and foremost was her love for her family. Pat would light up when she spoke of her children and grandchildren and would always say how proud she was of them.

Calling hours will be private for the family. A Mass of Christian Burial will be celebrated on Thursday August 4, 2022 at 10:00 a.m. at St. Helena’s Church, 210 Primo Ave, Sherrill, NY with Rev. Nathan Brooks officiating. Burial will follow in Valley View Cemetery, Oneida, NY. Online condolences may be sent to maleckifuneralhome.com

To send flowers to the family or plant a tree in memory of Patricia Siver, please visit Tribute Store
Print
Thursday
4
August

Look inside to read what others have shared
Family and friends are coming together online to create a special keepsake. Every memory left on the online obituary will be automatically included in this book.
View Tribute Book
Share A Memory
Send Flowers
Plant a Tree