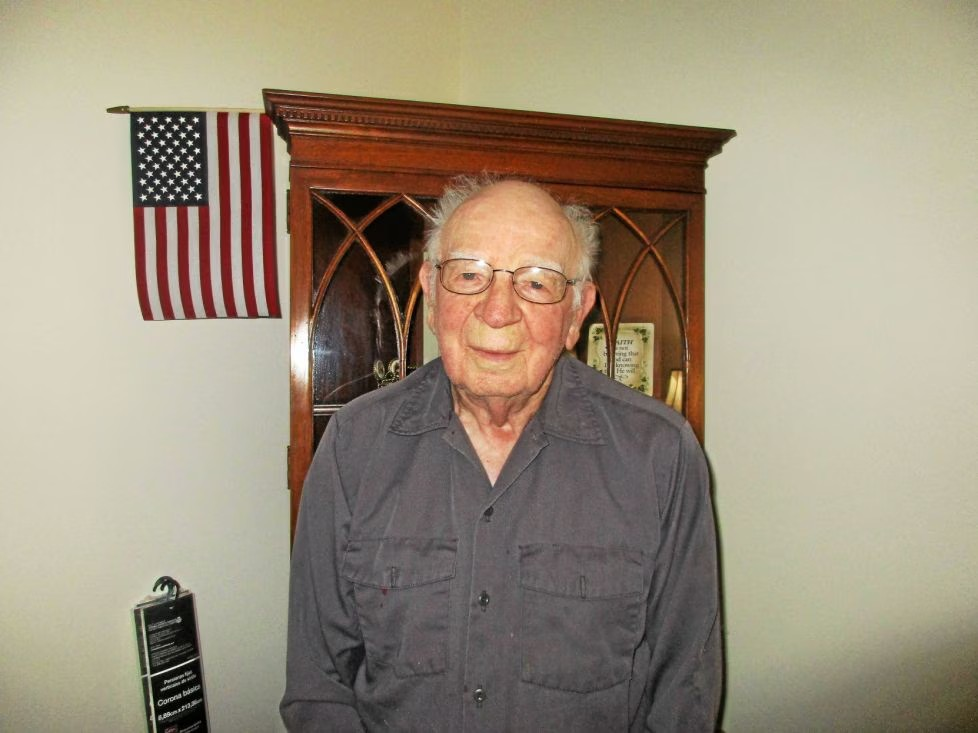 Please share a memory of Horace to include in a keepsake book for family and friends.
View Tribute Book
Sherrill-Horace G. Keller, age 96, formerly of Noyes Manor and most recently of the Waterville Residential Care Center passed away early Thanksgiving Day, November 24, 2022 in the residential care center. He was born on April 18, 1926 in Callicoon Center, New York a son of the late Arthur and Julia (Wiener) Keller and was a graduate of Jeffersonville High School and Morrisville College where he received his degree in auto mechanics. In 1944 Horace was drafted into the United States Army where he served as an Army engineer in Germany building portable pontoon bridges during WW II and along with his battalion built the pontoon bridge for the U.S. soldiers to cross the Rhine River. After returning from the war while attending Morrisville College Horace met a nursing student Alice Robinson and the couple was married in 1946 and shared that union until Alice's death. By August 1948 Horace was working for Oneida Motors Car Company and was one of the first ever transmission mechanics where he worked for 34 years until 1984. He then took a job as an assistant teacher in the auto body shop at Madison-Oneida BOCES and stayed there for another 16 years before retiring and worked auto body repair at his home garage. Surviving are his five children, Art Keller of Sherrill, Marilyn Keller Lauber of Gansevoort, NY, Douglas Keller of San Tan Valley AZ, Thomas Keller of Cleveland, TN and David Keller of Sherrill, three adored grandchildren, Nathan, London and Luca Keller and several nieces and nephews. Horace was predeceased by his parents, his wife and two brothers Calvin and Wallace Keller. Family and friends are invited to call on Tuesday November 29, 2022 from 11:00 a.m. to 1:00 p.m. at the Malecki Funeral Home Inc., 464 Sherrill Rd., Sherrill, NY. Funeral services will be held at 1:00 p.m. at the funeral home immediately following calling hours. Burial will follow in Oneida Castle Cemetery, Oneida Castle, NY. Online condolences may be sent to maleckifuneralhoem.com
To send flowers to the family or plant a tree in memory of Horace Keller, please visit Tribute Store
Tuesday
29
November

Look inside to read what others have shared
Family and friends are coming together online to create a special keepsake. Every memory left on the online obituary will be automatically included in this book.
View Tribute Book
Share Your Memory of
Horace
Upload Your Memory View All Memories
Be the first to upload a memory!
Share A Memory
Send Flowers
Plant a Tree